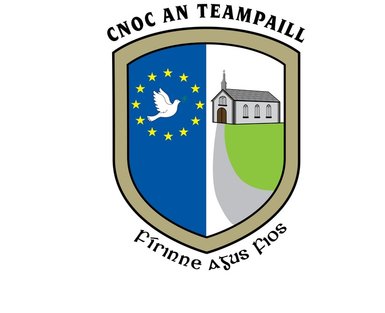 Welcome to the website of Knocktemple National School (Cnoc an Teampaill, the hill of the church).  We hope you will enjoy this website and in so doing, you will learn about ourselves, our school, our community and our locality. GENERAL INFORMATION
The school telephone number is 049-8547081
Email: office@knocktemplens.ie - principal@knocktemplens.ie
Website: www.knocktemplens.ie
The school secretary is available every day, to take your call from 9.00am to 3pm. Outside these hours a messaging service is available. Classes begin at 9.20am and end at 3pm. Junior and Senior infants finish school at 2pm. Pupils may be on the school grounds from 9.10am and not later than 9.20am.  Absences of pupils should be explained by a note or telephone call. Please note that in accordance with legislation, the B.O.M is obliged to report any child who misses more than 20 days in the school year to the National Education Welfare Board.  Pupils may not leave the school grounds at any time unless they have permission from the principal or another member of staff.  At the end of the day pupils must wait inside the gates until met by their parents.In the event of a pupil becoming ill at school, parents will be contacted immediately. If you have a telephone number where a person can be contacted in your absence from home to take responsibility for your child, please leave this number with the class teacher. If you are concerned that your child is sick please keep him/her at home.
Parent/Teacher meetings will be arranged during the year.
Circulars and letters will be sent home from time to time.
Please read them carefully and return any forms attached.
The school uniform:
The school uniform is a tracksuit and it is available on line from schoolwearhouse.ie. The school tracksuit consists of a navy blue bottoms, a light blue polo shirt and a crested half zip top.
Children must have their names on their uniforms, coats and other personal property such as school books, copies and lunch boxes.
About Our Locality
Most of the children who attend Knocktemple N.S. live in the local area of Munterconnaught, near Virginia, Co. Cavan. The locality gets its unusual name, in Irish Muintir Chuchonnacht, from the fact that in the 13th century, it was the territory of an O Reilly chieftain nicknamed Cúchonnacht ( the Hound of Connacht). It is said that he was given this name because, as a boy, he was fostered with the family of a Connacht Chieftain, which was common practice at the time.
Munterconnaught is a rural locality and consists of fourteen townlands. To the north is Lough Ramor and the town of Virginia ; to the south is the boundary with Co. Meath. The area covers 2584 hectares and the current population is 969 ( increased from 600 in 1996). The earliest evidence of human activity in the area is a system of rock markings which was discovered in 1864 in the townland of Ballydurrow. These markings, known as petroglyphs, date from an early period of the Bronze Age ( about 2000 B C to 350 B C ). The area also includes a cashel, some ringforts and the remains of a motte and bailey. From the early 17th century up to the 1950s a ferry service operated across Lough Ramor between Munterconnaught and Virginia. The road which led to the ferry is still known as the Boat Road. There are Mass Rocks in the townlands of Crohan and Knocknagarton, St. Bartholomew’s Catholic Church ( built 1847) and the Church of Ireland ( built 1832) are both situated in the townland of Knocktemple.
The G.A.A. club, which was founded in 1926, is an important local point in the area. Large numbers of boys and girls learn the skills of football and hurling and a handball club has recently been set up also. The G.A.A. club has recently completed a major development and modernisation. Two club players won All - Ireland senior football medals with Cavan ; they were Jack Rahill (1933) and Fr. Séamus Hetherton (1952) , both from Ballydurrow. Other notable players included Séamus Mc Mahon, John O Dwyer, Mattie Hetherton and Eamonn Gillic. Another landmark in the area is Ballydurrow Community Centre which served as a National School from 1860 to 1971. It was used as a community centre from 1976 and underwent major refurbishment which was completed in 2003. Superkids playschool and afterschool groups have been based there since then. Other activities which have taken place there include school concerts and nativity plays, Foróige, Active Retirement, Yoga, etc.
Other organisations which are active in the locality include the Parochial Committee, Foróige, Golf Society, Munterconnaught gun club and Munterconnaught Heritage Society.